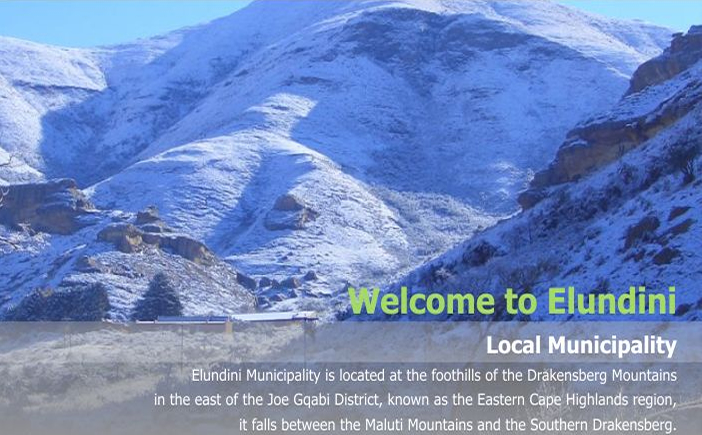 The ELM is one of the most scenic and attractive areas of the province, with considerable potential lying in its deep, fertile soils and high rainfall. Compared to the other municipalities in the Joe Gqabi District, Elundini has prospects of significant growth and upliftment in the quality of life for its residents due to its relative abundance of natural resources. The urban areas and commercial farming district are the highest employers, where people have found employment in the agriculture, commercial and service sectors. There are very low levels of employment in the rural settlements.

This can be partly attributed to the fact that these areas do not have a strong economic base, and partly to the fact that most inhabitants are involved in subsistence-related activities with little surplus being produced for economic profit. Due to the migrant system in operation in South Africa, the impact of recessionary downturns in the economy elsewhere (such as in the mining industry, Gauteng and Cape Town) have had an impact on the Elundini area. There is still a heavy reliance on income from migrant sources.

Elundini Local Municipality's mission is to operate a rural municipality that: